I was in Wales for a couple of days where I had a great time. The weather was fabulous, not the usual rain, so it was even better.

Travelling by train, it was surprisingly a shorter journey then I had imagined. It only took 3½ hours to get there, which wasn’t so bad. I thought that I would nod off and end up missing my stop 😆 but instead, I managed to read most of one the poker books I had been meaning to, so it was a productive use of my time too 🙂

I got to Bangor station at about 12.40 and was so grateful that the sun was shining, as all the times I had visited before I had to avoid big puddles. It was a real treat being there in the sunshine, I would experience the beautiful landscapes on a beautiful day…

Angie picked me up from the train station and off we went on our adventure to Anglesey. Driving around it was evident that Angie would end up with one browner arm then the other before the day was out 😆 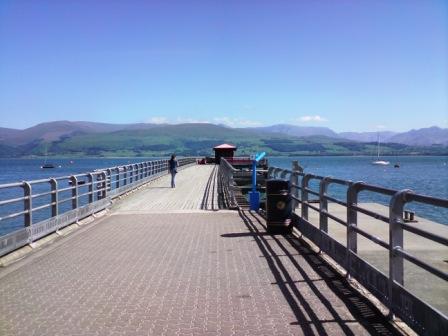 Angie on the Pier at Beaumaris

We crossed over Menai bridge and headed for Beaumaris first, where there is a lovely beach and pier. You can even go over to a place called Puffin Island on a boat excursion. Then we just took a leisurely drive around the island stopping at scenic beaches and places along and ended up at a place called Bull Bay. Stopped there for a drink and just took in the fresh air and sun rays. 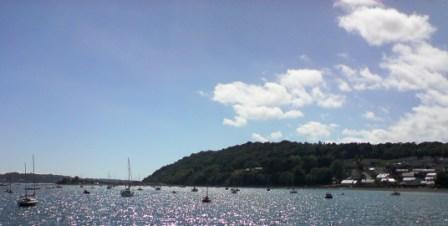 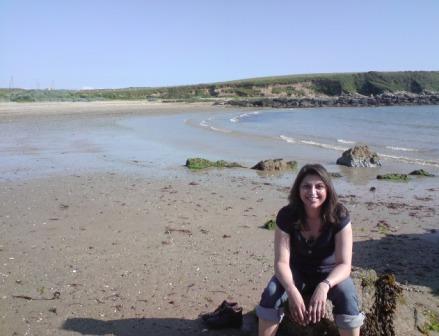 A beach on route to Bull Bay and then … 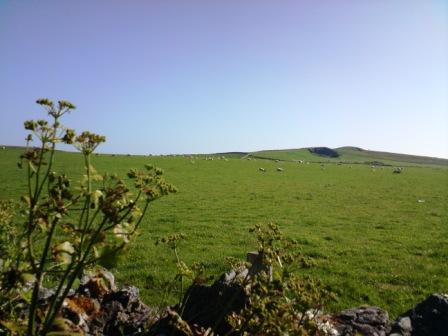 Some fluffy specks in the field, bleating 😆 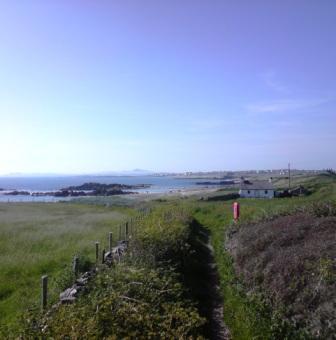 Still on-route to Bull Bay, does this place exist?? 😆 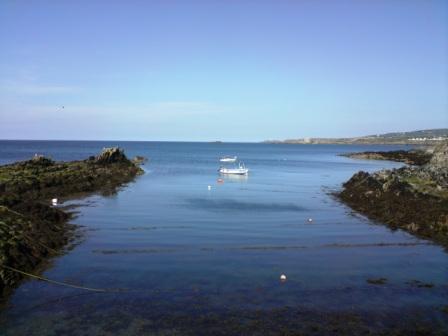 A lone boat in Bull Bay 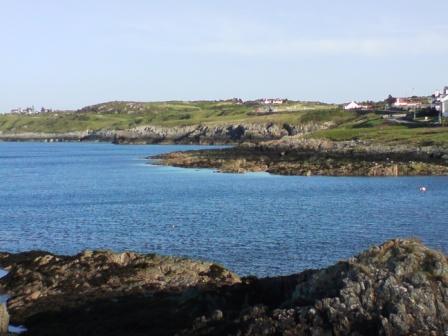 Another of Bull Bay, isn’t it just beautiful !! …

The next day we decided to go the long (or shortest, according to the TomTom :lol:), scenic route home. OMG, little teeny tiny roads going up mountains in densely wooded areas with sheer drops. It was a route for thrill seeking roller coaster riders. I kept looking out for the flash so that I could claim my photo at the end :lol:. However, Snowdonia has to be up there with the most beautiful landscapes of the world. It’s so peaceful, with the exception of the odd bleat, and the views are breath taking. We did make it down the mountains in one piece, although I am not sure how, as my eyes were tightly closed for most of the way 🙂

Wow, talk about the scenic route !! 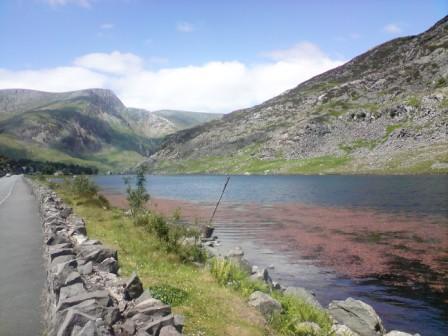