I had an awesome day yesterday. I went over to Santa Pod to see time trials while the bikers and car enthusiasts did their testing.

I was over there with Linz and we were meeting a friend, Andy, who races his bike. Being my first ever experience at anywhere like that, I relayed on Petrol Head Linz (she doesn’t like me calling her that, sorry huney, please don’t hit me 😆 ) to answer all my questions. I tell you what though, she knows her stuff. I don’t think there was anything I asked that she couldn’t answer!! 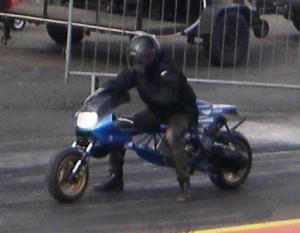 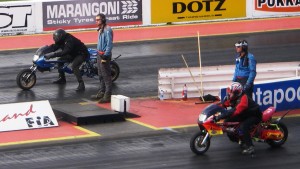 Andy was doing extremely well on his very kewl bike, there was only one guy faster then him, so that’s not too bad. There were some such strange looking bikes, I didn’t know whether to laugh or to be amazed, I laughed in the end, I’m sorry if I offended anyone, but they were funny 😆

While we were waiting for the bikes to come around again some cars came on, a few of which were so funky 🙂 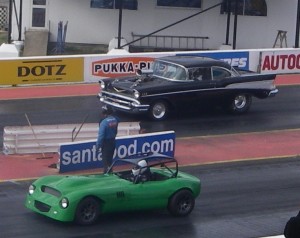 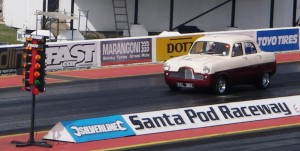 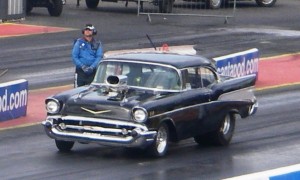 This is the cool car. It is around 52 years old but OMG does it go. I think it was one of the top runner in the timing while we were watching. I was, for want of a better phrase, gob smacked!! It was just so unexpected. Then again, we took pictures of the drivers and it wasn’t so surprising once we found out who they were. 😆 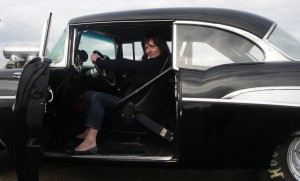 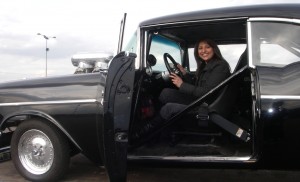 Much fun was had, Linz and I will probably be doing this again, was a good day …